Make it happen with El Capitan 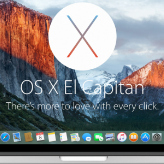 Apple's latest operating system is here, and you're probably wondering if OS X El Capitan is worth your time. With a bevy of new features, it certainly talks the talk, but does it walk the walk? We'll help inform your decision by giving you information on some of El Capitan's new features and how to use them.

Revision Note: V2.0 (October 13, 2015): Advisory revised to broaden the affected software list to include Windows 10 systems that are running .NET Framework 3.5 applications and systems with .NET Framework 4.6 installed that are running .NET Framework 4.5/4.5.1/4.5.2 applications, and to provide customers running these configurations with steps for manually disabling RC4 in TLS. See the Affected Software and Suggested Actions sections of this advisory for more information.
Summary: On May 13, 2014, Microsoft announced the availability of an update for Microsoft .NET Framework that disables RC4 in Transport Layer Security (TLS) through the modification of the system registry. Use of RC4 in TLS could allow an attacker to perform man-in-the-middle attacks and recover plaintext from encrypted sessions.

Revision Note: V1.1 (October 13, 2015): Advisory revised to announce that the Default Cipher Suite Prioritization update (3042058), originally released May 12, 2015 via the Microsoft Download Center (DLC) only, is now also available via Microsoft Update (MU) and Windows Server Update Services (WSUS). This is an update offering venue change only. There were no changes to the update files. Customers who have already successfully installed the update do not need to take any action.
Summary: On May 12, 2015, Microsoft announced the availability of an update to cryptographic cipher suite prioritization in Windows 7, Windows Server 2008 R2, Windows 8, Windows Server 2012, Windows 8.1, and Windows Server 2012 R2. The update added additional cipher suites to the default list on affected systems and improved cipher suite priority ordering. The improvements were in keeping with ongoing efforts to bolster the effectiveness of encryption in Windows operating systems.

Revision Note: V2.0 (October 13, 2015): Advisory revised to notify customers that an update is available that modifies the Code Integrity component in Windows to extend trust removal for the four digital certificates addressed by this advisory to also preclude kernel-mode code signing.
Summary: Microsoft is aware of four digital certificates that were inadvertently disclosed by D-Link Corporation that could be used in attempts to spoof content. The disclosed end-entity certificates cannot be used to issue other certificates or impersonate other domains, but could be used to sign code. This issue affects all supported releases of Microsoft Windows.

Why you should go for self-service BI 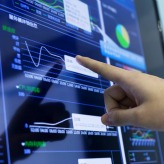 Business intelligence (BI) tools are powerful platforms that allow organizations to gain significant insight into their business activities, clients, employees, infrastructure, and much more. But as data volume continues to grow exponentially, more and more business owners are realizing that traditional BI tools are becoming less effective - and so they turn towards a more modern, efficient, and self-service approach. 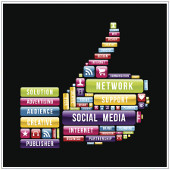